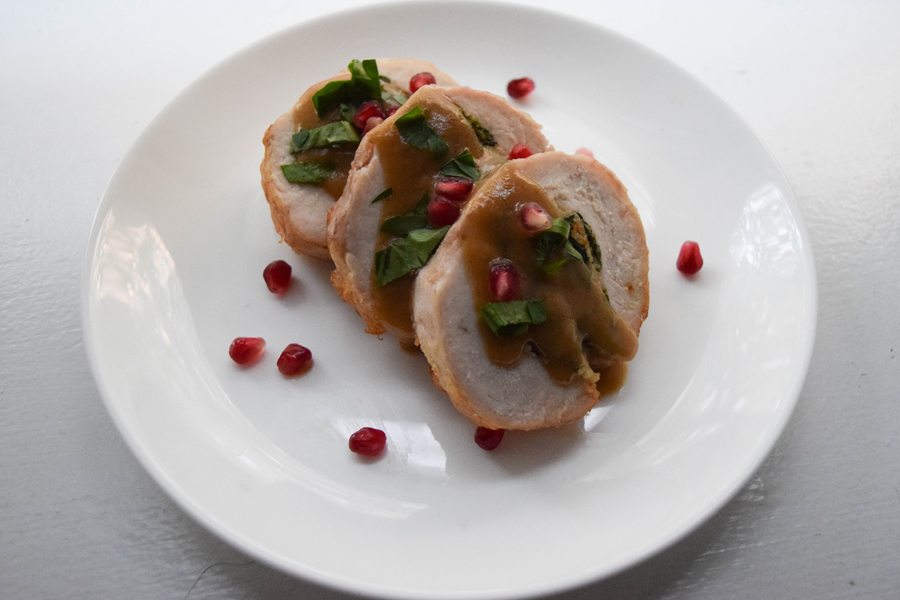 I love this roast recipe because it is simple but definitely has the wow-factor to impress a crowd. With the world’s easiest pan gravy and a few small flourishes, this stuffed pork dish is the dinner upgrade you’ve been looking for. The bacon in the stuffing adds a lovely smokiness and the pomegranate seed garnish gives a pop of bright sweetness for the perfect balance of flavors. You can forget about trussing or tying the roast, I seal the seam with toothpicks and cook everything in one pan. It doesn’t get any more straightforward than this!

9-10 toothpicks, soaked in water for 30 minutes 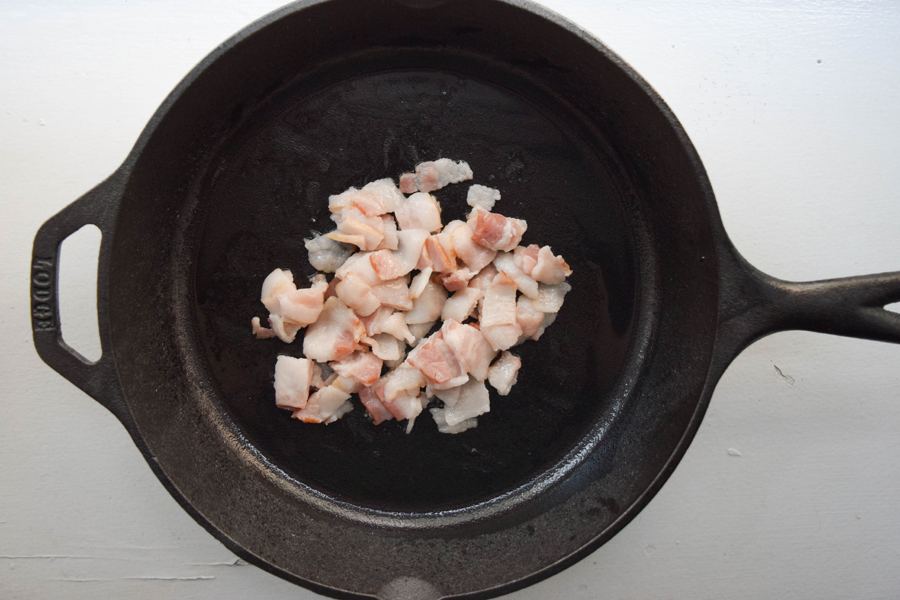 Make the stuffing first. Add a tablespoon of canola oil to a large skillet that is preheating over medium heat. Add the chopped bacon. Begin to render the fat and cook until the bacon just begins to brown, about 4 minutes. 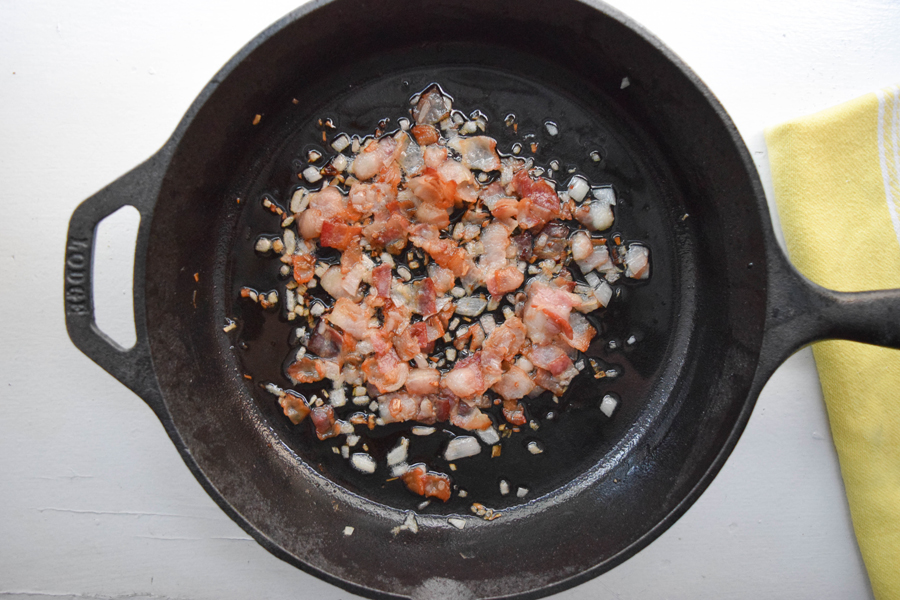 Add in the chopped shallot and cook, stirring occasionally, until the bacon is browned and the shallots are translucent, about 3 minutes. 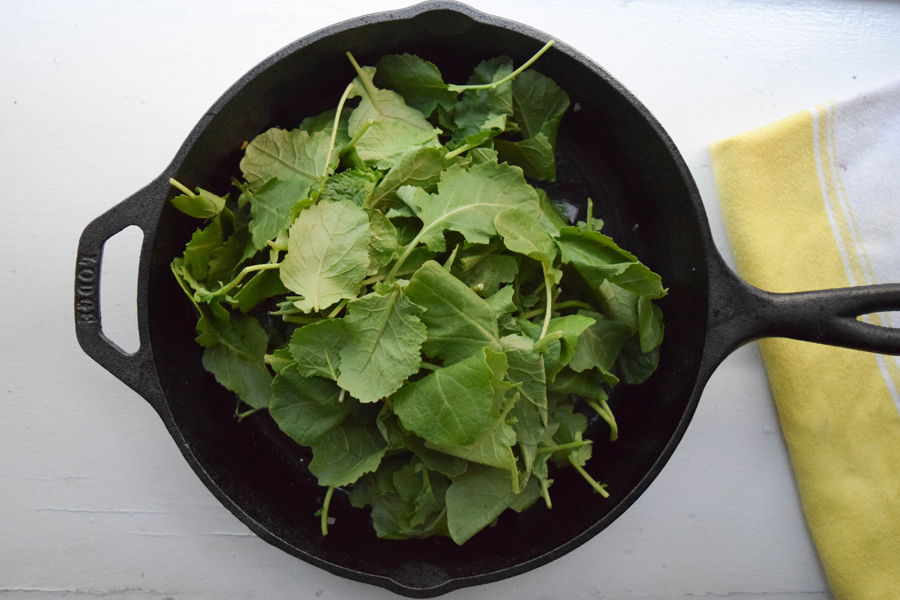 Add in the kale and toss to combine. Cook until the kale just begins to wilt. This will take about 2 minutes. 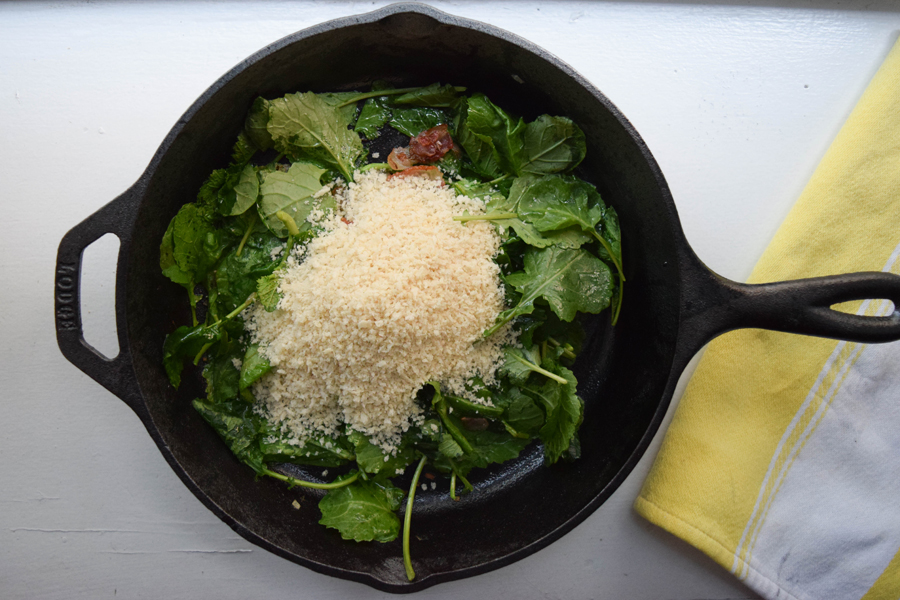 Add the breadcrumbs and 3 tablespoons of the chicken stock. Stir to combine. 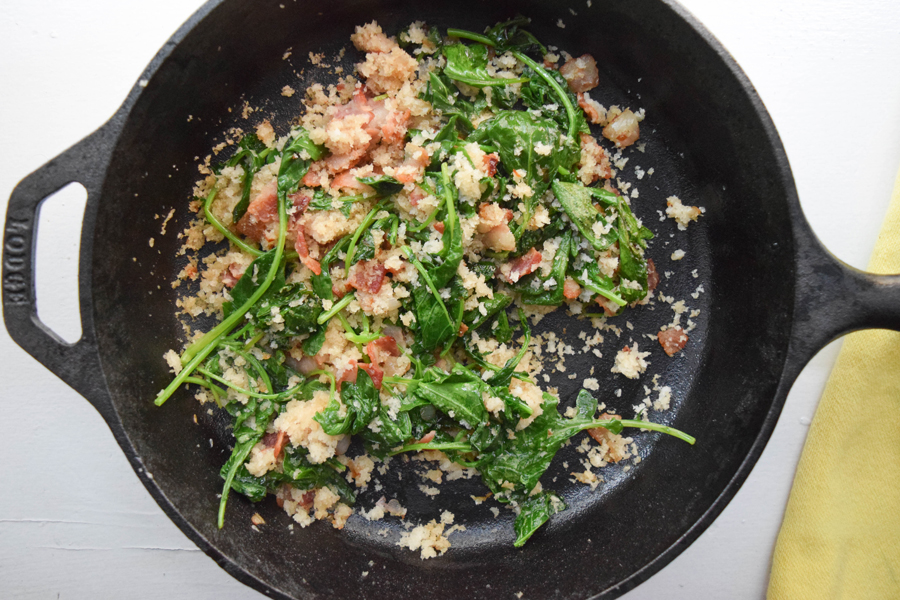 Cook for another 3-5 minutes and then remove from heat. Take stuffing out of pan and set aside. 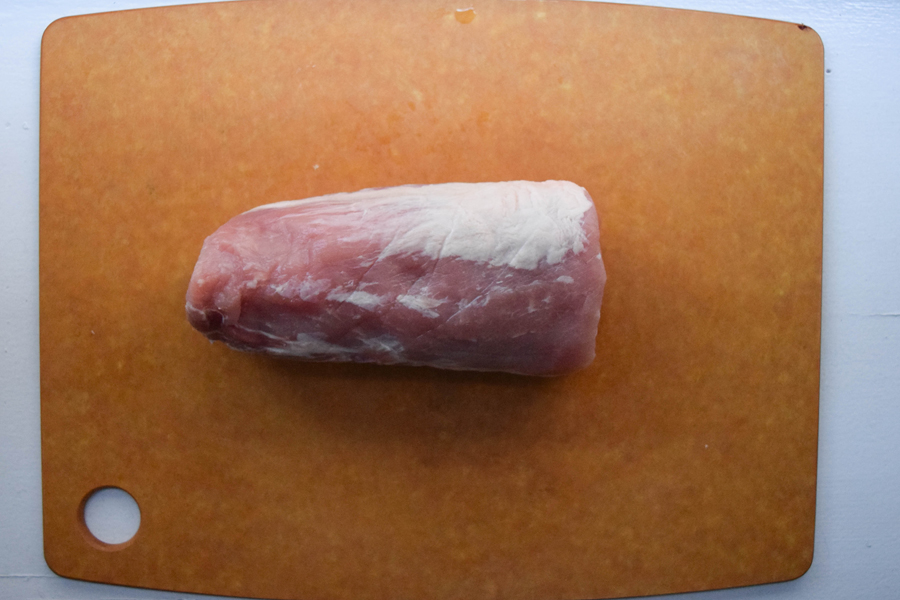 While the stuffing cools prepare the pork. 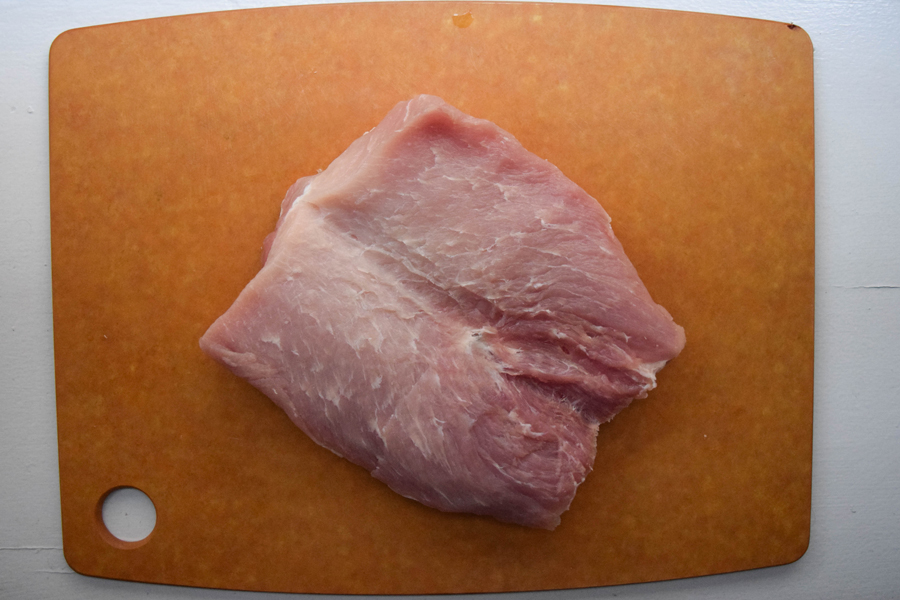 To butterfly the pork, run your knife across the roast lengthwise, slicing until you have almost reached the bottom but don’t cut through. Open the pork like a book. 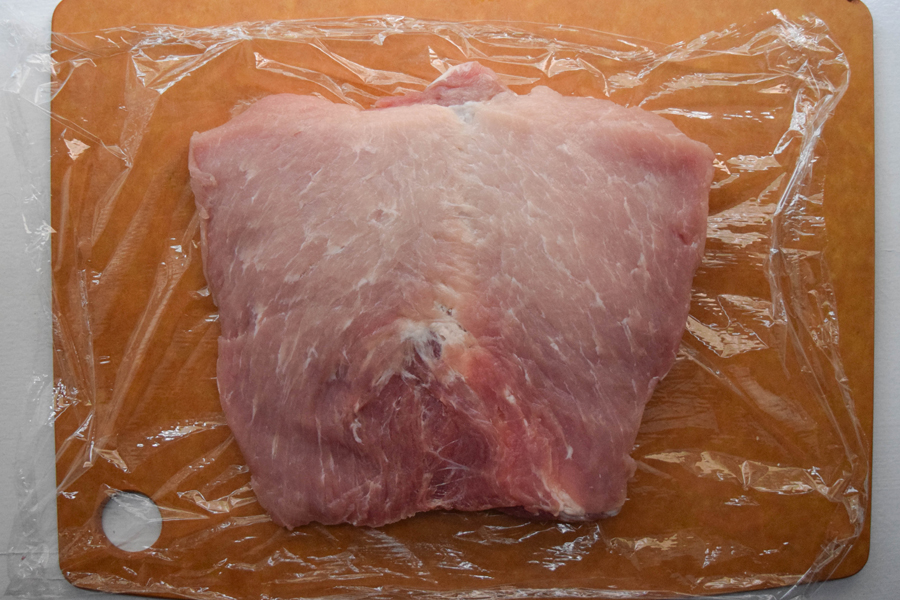 Place the pork between two pieces of plastic wrap and use a rolling pin to flatten the meat out until it is an inch in thickness. 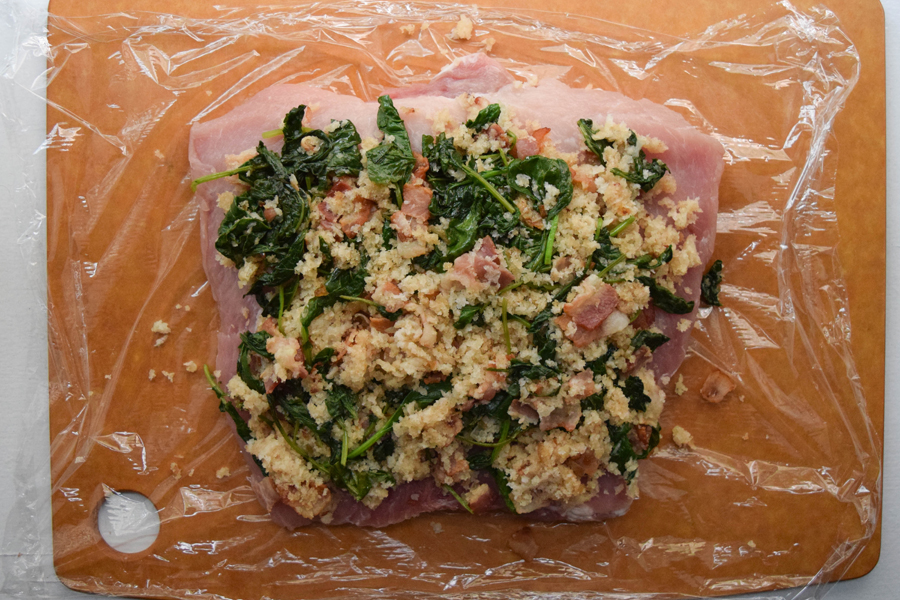 Remove the top layer of plastic and cover the pork with the stuffing. 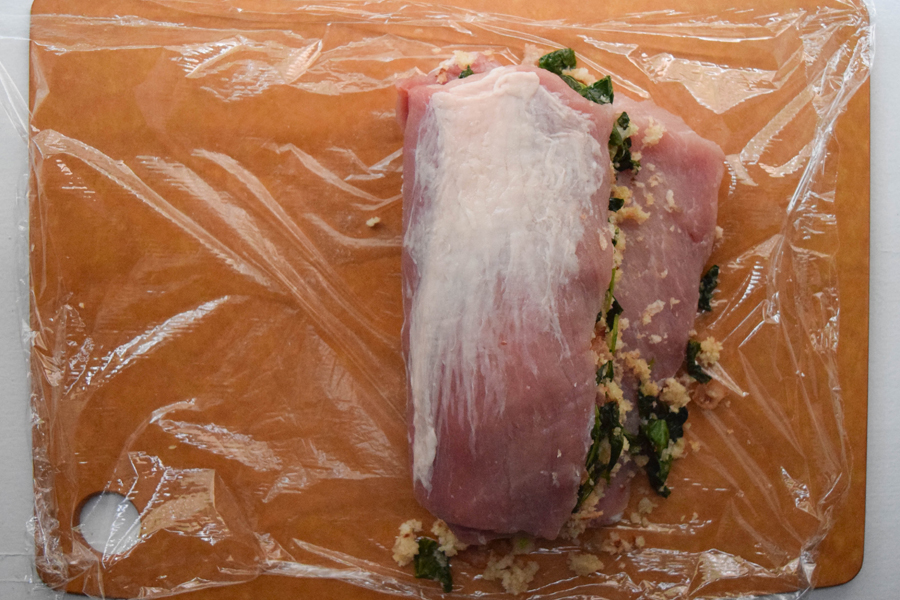 Working from left to right, roll the pork like a scroll. If the stuffing starts to ooze out just stuff it back in. 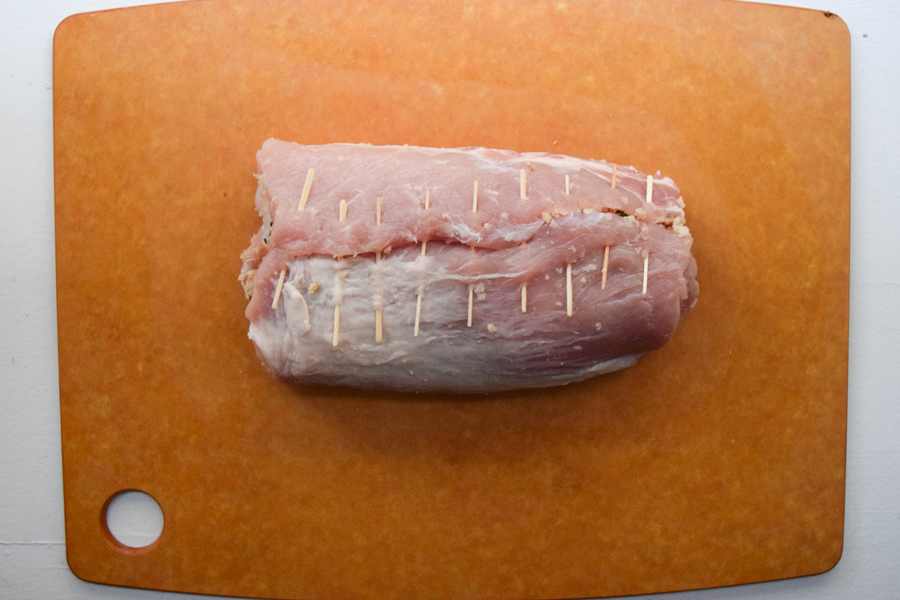 Secure the seams with the toothpicks. 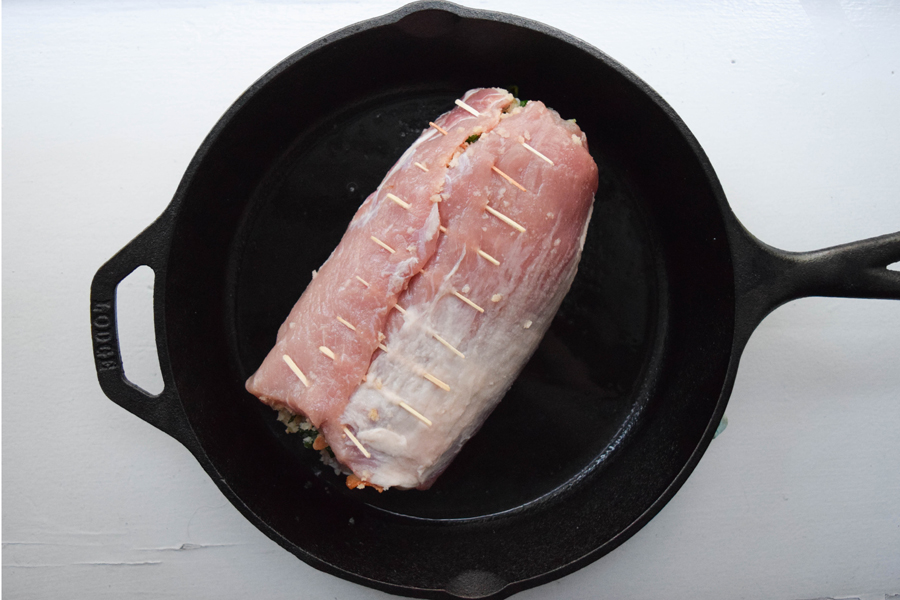 Coat the bottom of the large skillet with canola oil and heat over high heat. When the oil starts to glisten add the pork roast seam side up. 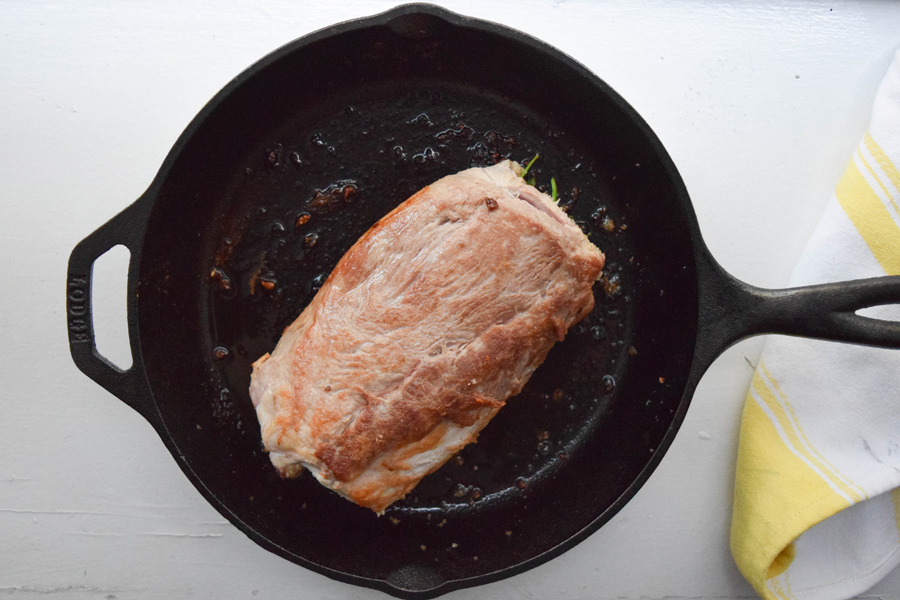 Brown the roast on all sides, about 4 minutes per side. Turn the burner off and transfer the roast to the oven. Cook the roast for 30-40 minutes until the pork reaches an internal temperature of 145° F. Remove the pork from the skillet and set aside to rest. 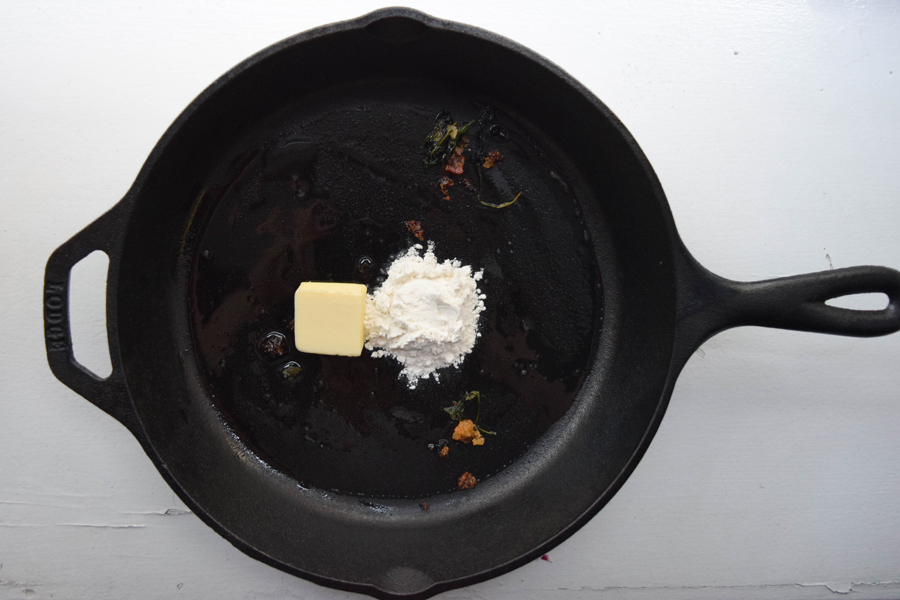 To make the gravy, return the skillet to a burner over medium high heat. Add the butter and the flour. 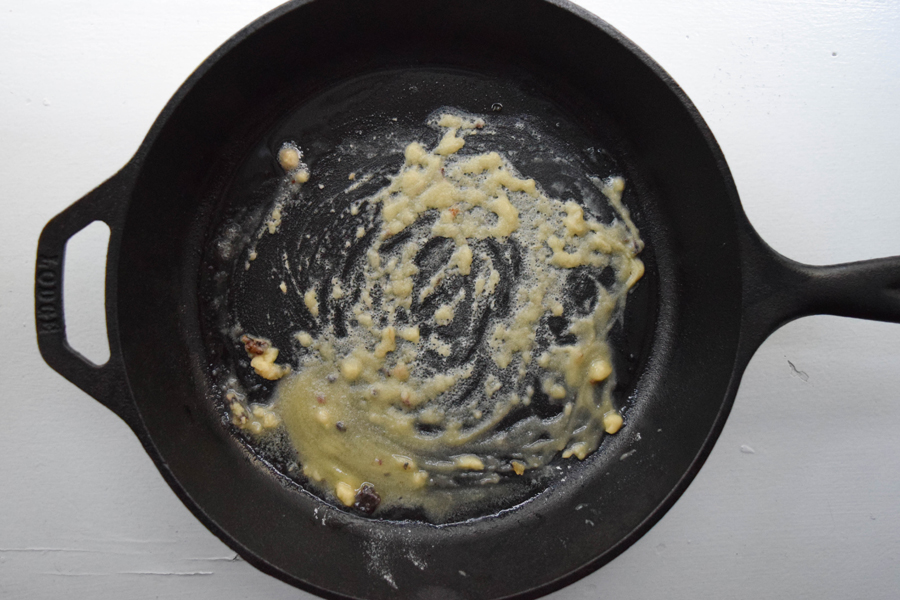 Cook, while whisking, until the butter and flour are combined and the mixture starts to bubble. 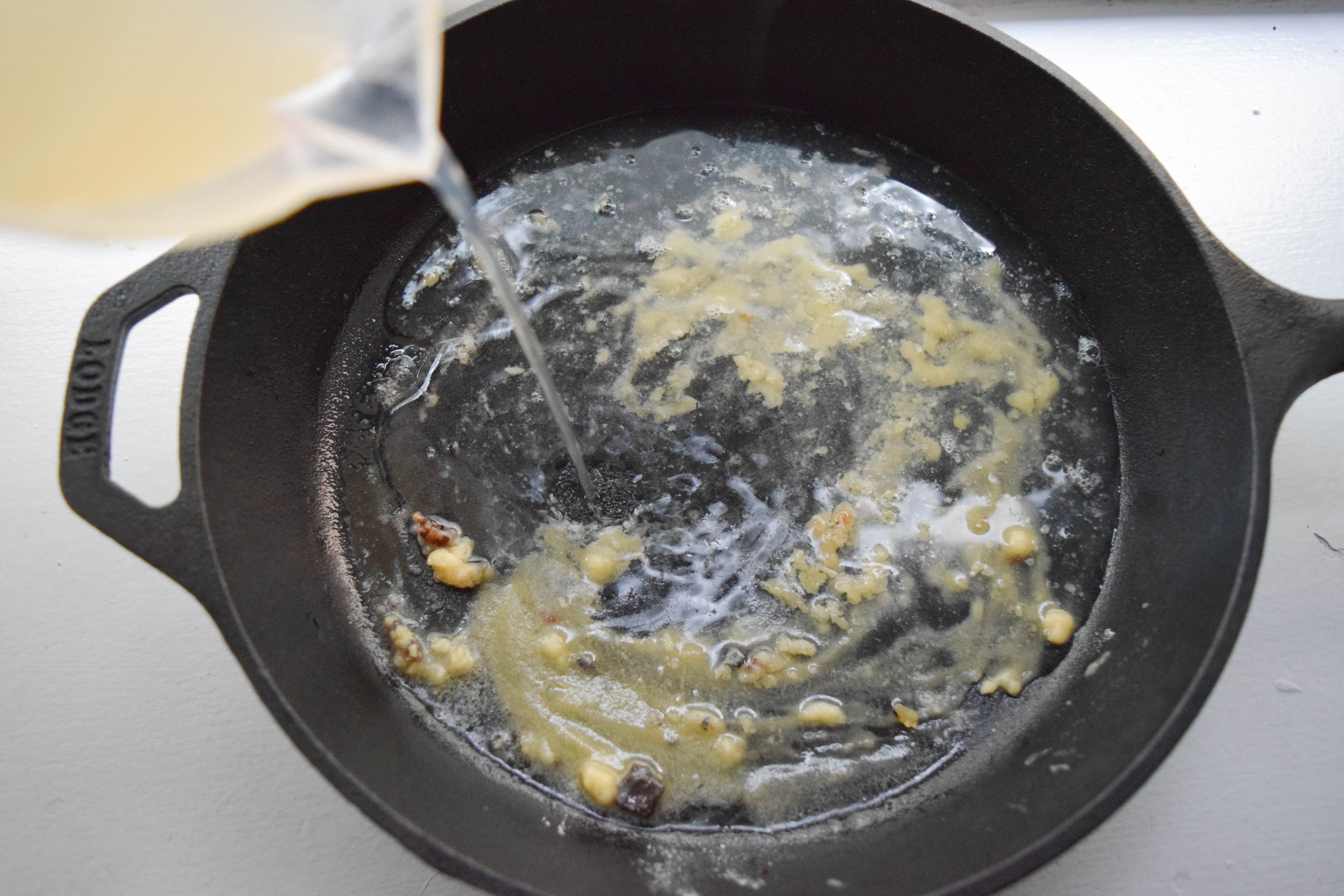 While whisking, add 1 cup of chicken stock to the butter and flour. Whisk until the stock is fully incorporated. Turn the heat up to high and bring the gravy to a boil. 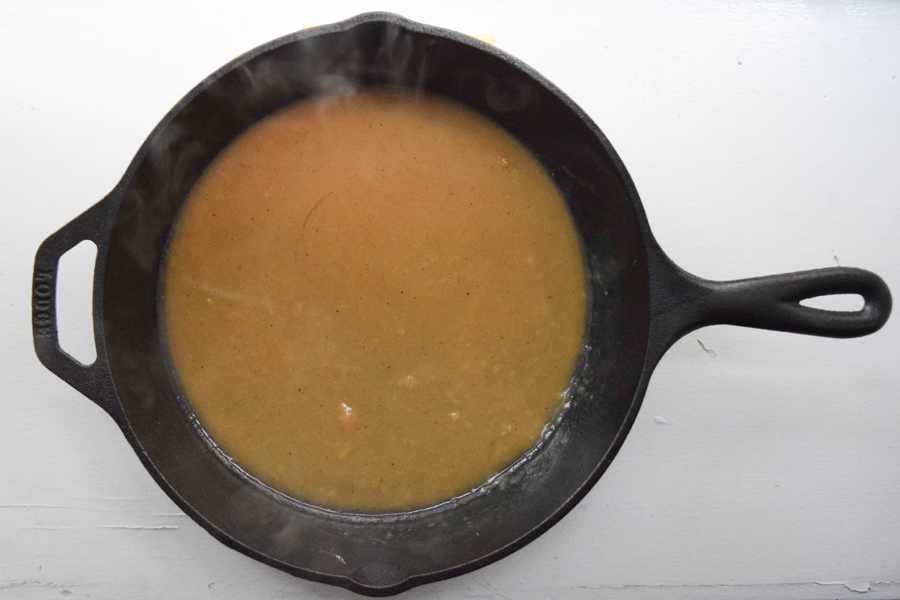 Reduce the heat to a simmer and cook while whisking until the gravy thickens slightly, about 5 minutes. Remove from heat and strain into a bowl.

To plate, cut the pork into slices that are about an inch in thickness. Arrange the pork on a plate or platter and spoon some gravy over the top. Sprinkle with parsley and pomegranate seeds and enjoy!